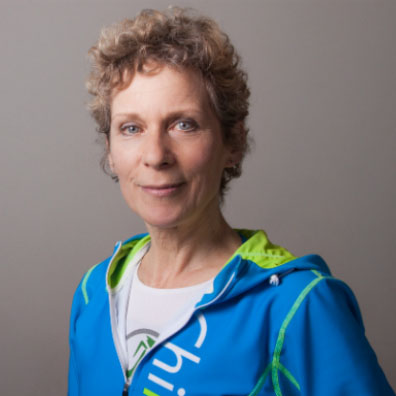 For years the Pennine Way has played through my head and now I finally did it. On April 4thI set my first steps on this “mother of all National Trails” and on April 15thI entered the last village, Kirk Yetholm. It was an amazing experience, with the wide views and big skies I had imagined, but also with lovely streams, lots of little lambs and cute villages. I regularly had a big smile on my face, happy and thankful that I was there at that moment. But of course, it wasn’t just a piece of cake.

I trained for this trip by running and walking long distances in our “Dutch Mountains”, which of course are so flat you can hardly call them hills. And this does not prepare you for the Pennine Way. I imagined the Pennine Way as an undulating landscape, high, but not too steep. And with generally good going on the paths. That is what I gleaned from the many YouTube videos I watched. But the first day already it became clear that it can also be steep and hard going. Difficult terrain. The first day, the weather was also quite hard on me:  a very strong and ice-cold eastern wind, mist, snow, hail and later in the day a lot of rain. I lost the route twice, my phone broke down because of the cold (no messages home and no photos anymore) and it took me almost all day to cover the official 16 miles (I did a few more…). On top of that, I had to pitch my tent in the pouring rain. And there I was, in my wet kit, in my wet tent and I thought: what have I begun? It was very cold at night and my sleeping bag was just a bit too thin. It wasn’t easy. But the next morning I rose early (I was cold anyway), packed my stuff and went on my way. Now that I had conquered (or rather: endured) these first difficulties, I felt I was capable of anything that would be thrown my way.

I wouldn’t get any significant rain anymore during the rest of my trip, which of course is very unusual. It was misty one day and sunny the next. The only constant factor was the strong E and NE wind. And the fact that the nights grew colder and colder. The last night, there wasn’t just ice on the outside of my tent, but also on the inside. It was like sleeping in the freezing compartment of the fridge! But the funny thing is: you get used to it. Your body starts to adapt. And the same holds for the exertion. After the first day, I had muscle pain in my quads because of all the ups and downs, but after a few days it became easier. I got stronger and fitter while I was going along. And I got into a sort of rhythm: early into the tent, early out of the tent, pack my stuff and off I go. Every day, when the temperature reached the lowest point, just before the morning, I woke because of the cold and that was the moment to get up. This meant that I experienced the most beautiful moment of the day, every day: the dawn. It wasn’t always sunny, but often enough it was, and it was beautiful to see the sun rise over the frozen fields.

My idea was to do this route as a walk/run. It turned out to be a lot of walking with a little running. I found the terrain (in combination with the backpack, however light it was) too hard to run a lot. I restricted the running to easy downhills on nice terrain. Those moment that you can hardly not run, that you only have to let go a bit to get into a nice trot downhill. Like undulating green meadows and nice smooth trails. This is a lovely feeling and the change in movement pattern is also welcome. But running only a small part of the way meant that I had to adapt my ideas about how many miles per day I would cover. But that was the whole meaning of the open end of my trip and booking only a one-way boat ticket: I could take as long as I wanted or needed.

I am also happy that I had no significant physical problems. I had some muscle pain after the first day, my fingers were slightly damaged from packing the frozen tent each morning and on the last evening my left ankle was a bit swollen. That was probably just a slight sprain (and as it turned out, it disappeared soon enough after I got home).  On the whole I can say that I got through the experience unscathed: no tumbles, no injuries, no accidents at all.

And then the big question: would I do this again? The answer is: yes! Maybe not exactly this one, but another route of at least the same caliber. In fact, I got a good idea for a next adventure right in Kirk Yetholm. This was the first time I completed a multiday trail while solo camping, but it will hopefully not be the last one.

I am still writing a more extended report of the trip, with more personal experiences and more practical info, to which I will also add more photos. I hope to translate this into English as well. So if you would like to know more, please have a little patience until that is done.